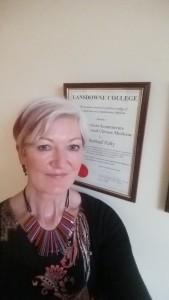 1999 to 2002   Diploma in Acupuncture and TCM, Lansdowne College, Dublin. Became a Member of TCMCI (Traditional Chinese Medicine Council of Ireland)

January 2014   Accepted onto Board of Acupuncture Council of Ireland

March    2014   Shonishin, Japanese Acupuncture (no needles) for the treatment of children from 1 month old to 13yrs old.  Stephen Birch.

The Acupuncture and Chinese Medicine Clinic,